Velociraptors, missed connections and getting caught between knitting needles 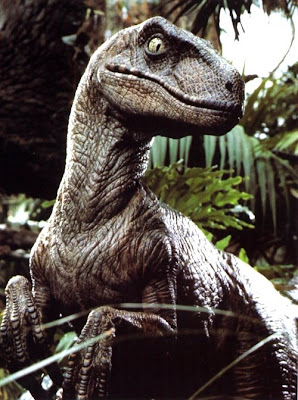 My favourite part of Jurassic Park was when things went terribly wrong. There was action, conflict and characters (and dinosaurs) at each other’s throats. Something similar happened when I went to meet the Society of Children’s Book Writers and Illustrators (SCBWI) London members a couple of weeks ago. I described the elusive and divinci code like directions of Candy Gourley’s that I had to crack in a previous blog post. So, I headed out, with my friend Kate to meet at the appointed place and time at the Royal Festival Hall. When we got there we circled the whole building and then I saw it, written in big bold lettering.

“Yes, Royal Albert Hall,” Kate repeated, as if I had just read my first sentence ever.

“But we’re supposed to be at Royal Festival Hall!” I said.

That’s when we were at each other’s throats like those velociraptors.

We hopped a cab. In the cab we got a text from Candy saying that the SCBWI group was in amongst a “large group of knitters.”

Quite convinced it was a blunder of fast texting, Kate and I proceeded to figure out what Candy really meant because why would knitters surround a small group of children’s writers? There wasn't a centuries long feud between the knitters and the scribes that I didn't know about, right?! 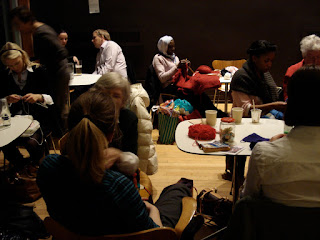 When we got there we found the SCBWIers surrounded by a large public display of knitting. Taking knitting to the mean streets of London. Knit one, pearl two hundred or so knitters. Seems it was a stitch and (word that rhymes with stitch that in common usage means: to complain) session that was instigated by a call to yarns on a website. (Why can’t we get that many people out to book readings…?! Just saying!). 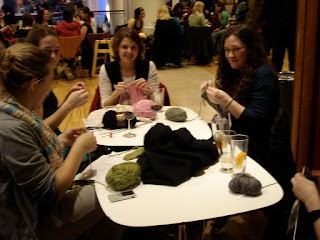 Kate (a non-writer – I know right!? I guess I have to have some friends who aren’t writers) and I had a lovely time with Candy Gourlay, Nick Cross, Jenny Woolf and Jackie Marchant talking children’s book writing, drinking wine, and trying to decipher a menu that had things like duck confit and egg pie on it.

The weirdness with directions didn’t stop there. Candy and I discovered that we were going to be on the same flight to the SCBWI Symposium in Bologna. That morning Kate got a text from Candy saying she was taking an earlier flight.

Fast forward through the seething masses of humanity that accompanied me on the gong show that was my flight to Bologna on Ryan Air to me walking with my nephew through the major square in Bologna that evening.

Candy is walking toward us. Here’s the conversation that followed:

Me: Yes, the one that said you were taking an earlier flight.

Candy: Well, you must have gotten the other one telling you to meet me here at Neptune’s statue at 6:45 pm because you’re right on time.

Me: That wasn’t my phone that was Kate’s phone that you left the text on. I never got the second text.

Candy: Then how did you know to meet me here?

So it went on like that until we had exhausted the bizarreness of it and grew weary with contemplating the cosmic geographical phenomenon of me showing up on time, at the right place, for a meeting I didn’t know I had. 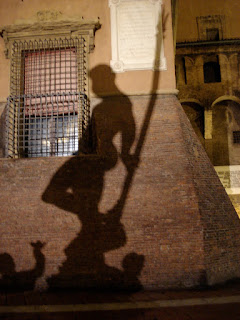 Next blog post: The SCBWI Bologna Symposium, silly putty and the record player.

Anonymous said…
and here you were insisting that you didn't have a good sense of direction! it was great to see you in bologna and wonderful to make a new writing friend, even if you have to live in canada.
April 1, 2010 at 1:55 AM