Character Sketches - Get inside your character! 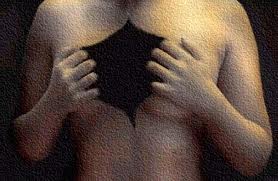 I've been writing some character sketches inspired by some of the crazy people I know purely from my imagination! (you know how that kid sees dead people? well, I see crazy people everywhere).

I've never actively done character sketches before. I start writing, the characters emerge, and then I go deep to figure out who they are and what makes them tick.

This process of doing the sketches up front is interesting and I'd encourage writers to try it out. I'm finding that my characters inherently contradict themselves with their actions, are flawed and their internal conflict is intrinsic. That's fancy writer speak for they are complex, flawed and vulnerable characters - what we need all our characters to be if they are to speak to the reader.

Check out Angela Ackerman's latest blog post on The Bookshelf Muse blog. The blog has a thesaurus of character traits and the latest post is about traits for a guarded character. I'd encourage you to check out her blog regardless, the thesaurus covers all aspects of writing.

As writers we need to get inside our characters and see the world from their point of view. Think of yourself putting on big character driven goggles every time you write from that characters point of view so you can get inside their head and react as they would react.

If I did a character sketch of myself it would be of a writer who loves water sports but loathes getting wet, hates raw fish but insists on going for sushi, and who can survive for days in her writing sasquatch cave on nothing more than sour ju jubes and chai tea.

What kind of goggles would your character wear?

Anonymous said…
Great post! Now...I wonder what our characters would think of all this nano and non-nano-ing!

Jan Markley said…
Thanks Deb. You are referring, of course, to National Novel Writing month and the, not as well knows, not-nanowrimo - which is what I'll be participating in. I think our characters would think we were eccentric, quirky writers!
October 31, 2011 at 12:55 PM

Angela Ackerman said…
Jan, thanks so much for the mention. I like the way you think of characters--for me I struggle with them but maybe I just need to loosen up a bit more and have fun with those quirks!

LTM said…
awesome tool. I love getting to know my characters thoroughly before I start writing. Or at least before I get too far. It makes knowing how they'll act so much easier, AND it creates those "unexpected" moments.

Jan Markley said…
Thanks Leigh! Yes, we want to get to know them yet we also want to discover surprising things about them!
November 3, 2011 at 6:45 PM