Shenaaz Nanji is a long time writer friend, critique partner and a member of the Kensington Writers' Group. She also gave me a great back of the book cover quote for Dead Frog on the Porch and coined the phrase: It's Nancy Drew for the ipod generation.

Oh, did I forget to mention that she was a Governor General award finalist in 2008 for her young adult novel Child of Dandelions - which pits two teenaged friends on opposite sides of Idi Amin's expulsion of Indian nationals from Uganda. For my bloggowers outside of Canada - the GG is one of the most prestigious literary awards we have here in Canada. Shenaaz is also humble and doesn't like me bragging about her, so I'll stop now.
She recently did a series of school visits during Literacy Days for Low Vision and Braille Readers/Writers at the Vision Resource Centre in Calgary. I thought it would be interesting to see how she adapted her presentation for her audience.

She presented stories from her book Indian Tales, and brought drums to increase the auditory content of her presentation.
Here's her guest blog post. It starts off like a police report and then goes from there ...
Author: Shenaaz Nanji
Story: The Drummer Boy from Indian Tales (Barefoot Books)
Where: The Vision Resource Centre in Calgary
Theme: Folktales
Verdict: Exciting, Empowering, Enriching. Braille is cool.
Kindergarten to Grade 12 students from different schools in Calgary met at the Vision Resource Centre. They came with infectious smiles, backpacks, canes, and Electronic Braille Readers.
Aha moments:
The centre was hooked up by video conference to the centre in Edmonton so all visually impaired students from Edmonton participated. The medium facilitated face to face interaction of the Calgary and Edmonton students. The children realized there were not alone in facing their unique challenges.
Each student introduced himself/herself and spoke clearly.
The teacher introduced the title of the session: "How the Elephant Got It’s Tail."
She went on to say “Of course, we do not have tails, do we?”
One of them said “I do. But the other type. T A L E," he spelled it out loud.
It was interesting to hear their views. They wanted Braille signs inside Elevators, Outside Washroom, on menus in Restaurants. They wanted Braille in Libraries, Book Stores, Drug stores, Toy stores.  They want more Braille books in libraries and signs on the major streets. They wondered: Why are there no Braille signs on videogames, CD’s or on any appliances at home? To my astonishment I realized that even with vision I made mistakes like bursting into the men’s washroom twice.

The climax was when I read "The Drummer Boy" while the students followed the story in Braille. The teacher had the story transcribed into Braille. The printed copies of the story were distributed to each student. As I read along the story, the students followed it word by word, their hands rustling over paper, with great anticipation and trepidation as to what the Drummer Boy would do now. Would he get the drum? It was especially thrilling when everyone chimed in the chorus with such enthusiasm while two children beat the drums.
Time to workshop. I read them the beginning and middle of "A Thirsty Crow." Students came up with different endings to the story. Laughter, Surprise and Fun!
Oops moments:
I mispronounced the name of an eight year old student. Boy! She spoke up.
During the reading of my Crow story. I began: “Now you’ve all have seen a crow...” Oops!
The session ended with presenting me "The Drummer Boy" in Braille. A student showed me how to read Braille. It was tough and a slow process. Got to use both hands and scan line by line, a process called traction. Before I left a student ran up to me. I asked her if she had a question and she gave me a hug. What a warm goodbye on a cold wintry day. 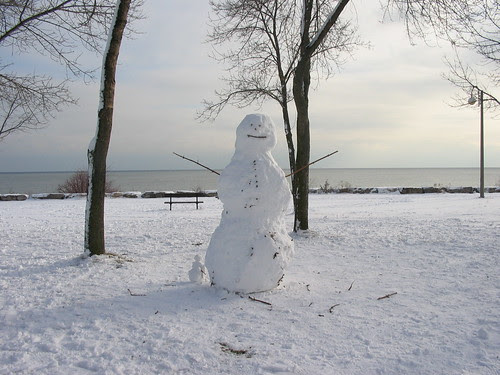 Anonymous said…
Thank you for sharing this! Is the Drummer Boy story the one about the little boy whose mother gives him a piece of wood in place of a real drum and he takes it out into the world? As he travels down the road he meets an old woman who is trying to start a fire with wet wood so give her is piece of wood. In payment she gives him some bread...he continues on his journey exchanging each item? I tell this story, found it years and years ago on the internet-would LOVE a book that has it in it, so I could show kids where they could read it. Okay. Enough....lol. Hoping this is it :)
March 6, 2011 at 11:58 AM

Kat W said…
I love Shenaaz Nanji's guest blog post account of the school workshop. Reading in Braille is amazing and must be hard to learn for sure.

And the kids are right: why shouldn't everything have braille signs? It seems only fair. I've had a lot of vision problems in the past with the MS (that for the most part have resolved at the moment) and I found it very scary and disorientating. Surely braille signs are the least that can be expected.

Shenaaz's workshop sounded great fun and the kids seemed to get really involved.

Jan Markley said…
Deb, I'm not sure if it's the same story. Maybe Amazon will let you browse a few pages to find out. I bought the book for my niece ages ago when she was young but don't have a copy of my own. Yes, you should definitely get Child of Dandelions!

I agree Kat, more braille for those who need it. And glad your problems are resolved for the moment. Shenaaz is an animated and engaging presenter.
March 6, 2011 at 3:13 PM

Anonymous said…
Hey Jan, thanks! Amazon showed the book, but could not tell if that was the story. Either way I am getting it for the library, so if it is "The Drum" story I know, it becomes a double win! Cheers....
March 6, 2011 at 3:21 PM

Talli Roland said…
What a fantastic post - the kids seemed really involved, which is not always an easy task! I must check out Shenaaz's books!
March 7, 2011 at 9:50 AM

Unknown said…
What a fascinating post - a whole new way of thinking about books and readers. Thanks for sharing!
March 7, 2011 at 12:48 PM

Jan Markley said…
Thanks Talli, and yes, do check out her books, she's a great writer. Thanks Nicky - yes it is a whole new way of thinking about books and readers - reading is for everyone.
March 7, 2011 at 6:00 PM

Unknown said…
Great post, Jan. I've never given it much thought about adapting my school presentation for the different physical needs of the students. Oh, wait! I don't have a presentation. Period. ;)

As someone who studied adapted PE in university, I can see how this approach would be greatly appreciated by the students to help them become involved.
March 12, 2011 at 6:44 AM

Jan Markley said…
Stina: I'm sure you'll have a need to put together a presentation in the future when you're published! Good point about adapting the presentation to the physicality of the group.
March 12, 2011 at 11:06 AM